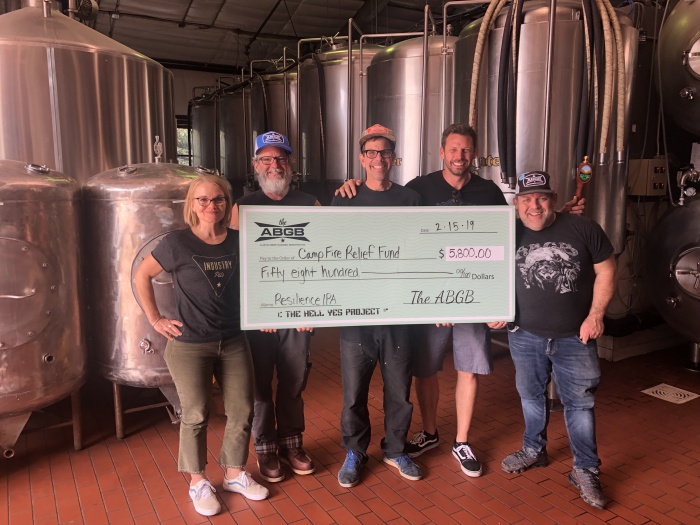 The Austin Beer Garden Brewing Co. joined over 1400 craft breweries across the country to brew #ResilienceIPA. 100% of sales of the beer go to the Sierra Nevada Camp Fire Relief Fund to support those impacted by the Camp Fire.

The effort was organized by Sierra Nevada Brewing Co. The craft brewing pioneers enlisted the country’s malt, hop, and yeast suppliers to donate raw ingredients and put out an open call to the craft brewing industry to brew the same India Pale Ale recipe. Over 1400 craft breweries and counting participated in this ambitious project to aid in relief and recovery for the people of Butte County. The ABGB brewed Resilience IPA under the banner of the Hell Yes Project, the brewpub’s community outreach program.

“Sierra Nevada is one of the original craft breweries in the United States. They led the craft beer revolution and they continue to lead our industry in quality, sustainability, and activism. This beautiful idea is an example of not only their social conscious, but also their ability to lead and to make change. It is an honor to be included in their effort,” said Amos Lowe owner/brewer of The ABGB.