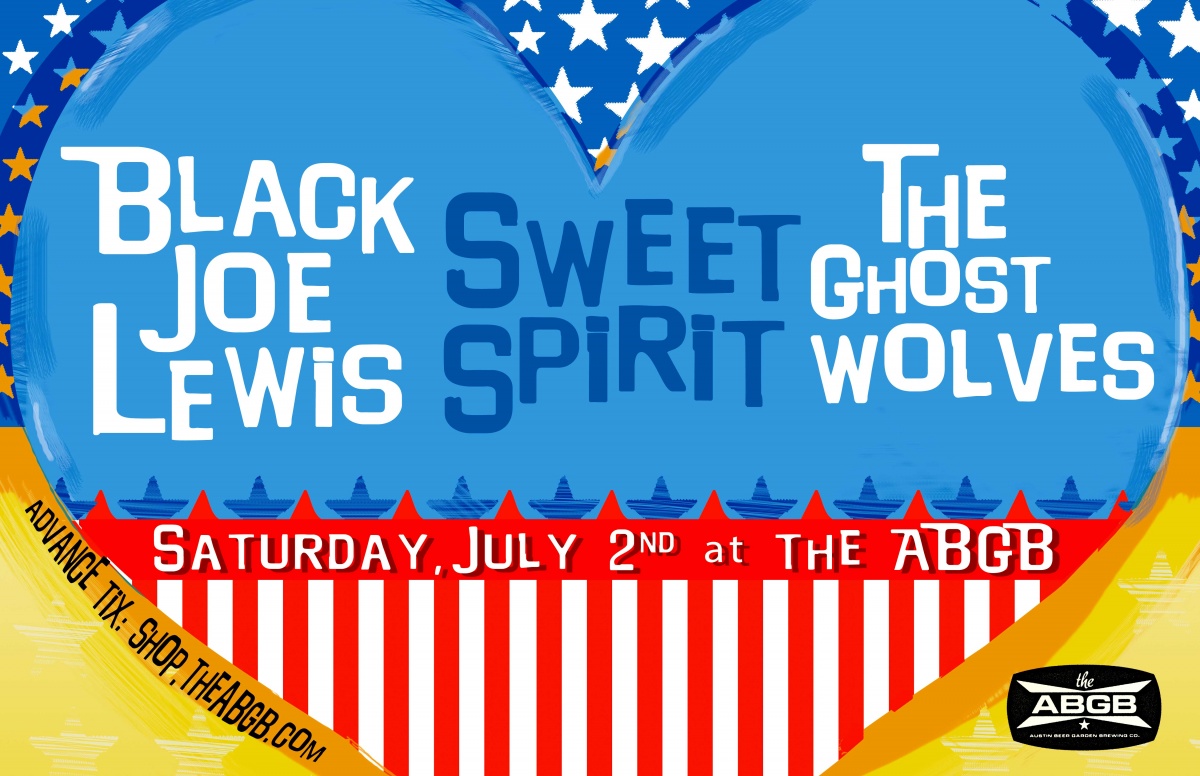 UPDATE: The Show sold out this morning (Wednesday!). To everyone who’s coming, we look forward to seeing you here in red, white, and blue! To everyone who didn’t get tickets, our outdoor bar will be open for drinks and food and the beer garden will have the show’s audio pumped out to you. You can still party with us!

Love, American Style / That’s me and you.

The oohs. The ahhs. The sweatiness. The big finish. Yes, we love fireworks. Saturday Night, July 2nd, they’ll be going off on The ABGB stage in the form of Black Joe Lewis, Sweet Spirit, and The Ghost Wolves. The show of the holiday weekend, and maybe, your whole summer. It’s Love, American Style.

Ticket purchasers will have their wristbands waiting for you. You’re encouraged to wear red, white, and blue. A special prize will be awarded for the best pair of cutoffs. 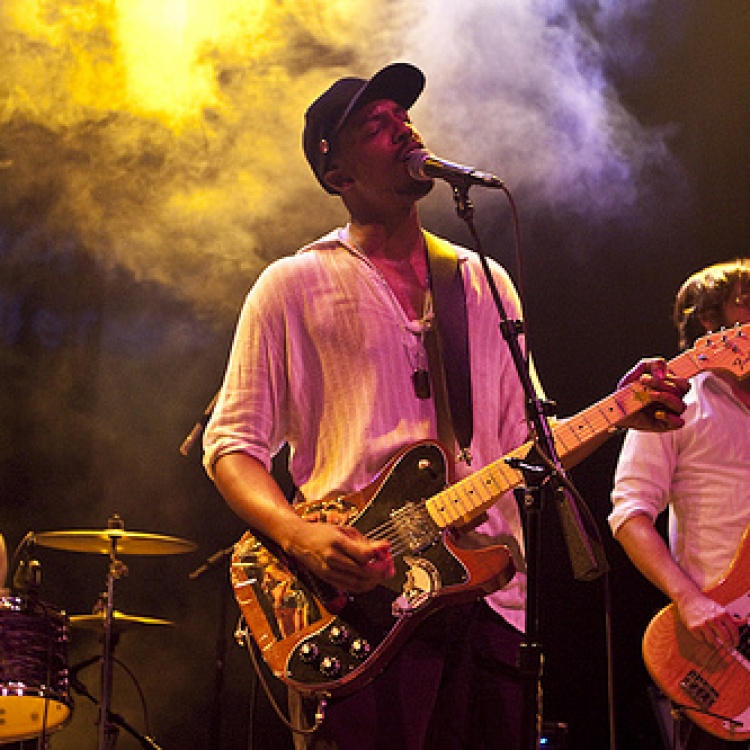 You know the deal. But, in case you don’t: Austin-based Black Joe Lewis is a contemporary singer and guitarist with a bent toward vintage blues, soul, and R&B. Backed by his band the Honeybears, Lewis draws inspiration from such legendary “shouters” as Howlin’ Wolf, Wilson Pickett, and James Brown, as well as smoother crooners like Sam Cooke. 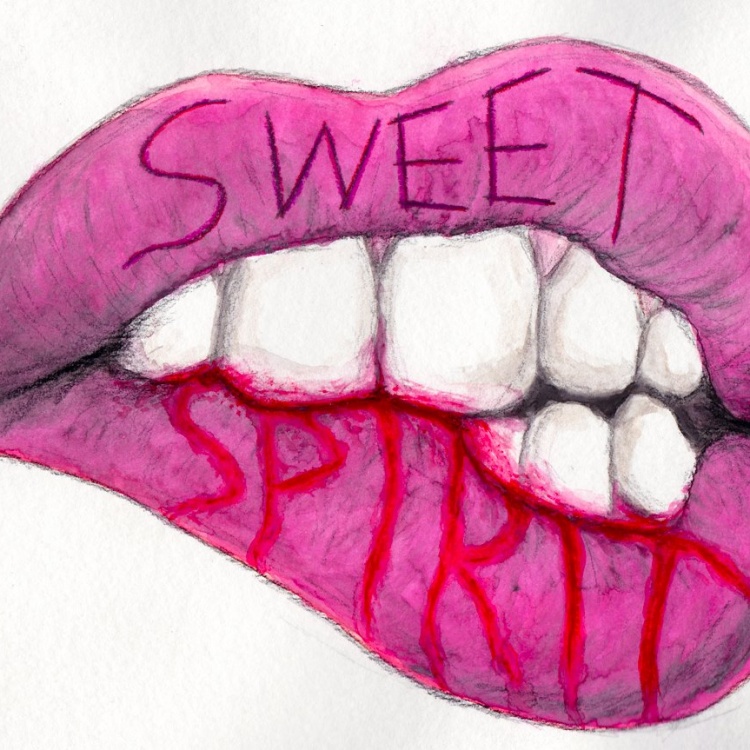 With notorious ferocity and powerful hooks, Sabrina Ellis and Andrew Cashen’s musical project, Sweet Spirit, has quickly garnered critical praise and captivated the Austin music scene. Known to long-time Austinites for their work in A Giant Dog and Bobby Jealousy, Sweet Spirit proudly strengthens a decade-plus collaboration between the writing partners. A throwback country soul group….delivered in sultry harmonies with as many guitars as possible, Sweet Spirit gives exuberant voice to the struggles of loving and living. 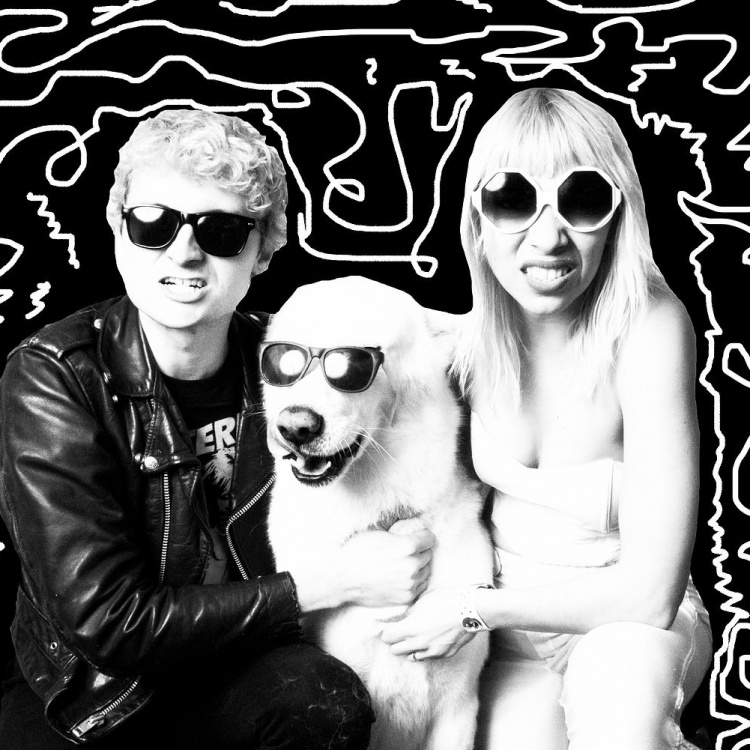 The Ghost Wolves’ name mirrors the ferocious, primal sounds the Austin duo conjure from drums (Jonny Wolf) and guitar (Carley Wolf), and acknowledges Carley’s upbringing among hybrid wolves on her family’s ranch. The duo take inspiration from a variety of American styles ­but refer to their unbelievably fierce sound as just Texas Rock ’N’ Roll.

The band formed in 2010 and released their first EP titled, In Ya Neck, in 2011, followed by the seven‐inch, Getchya Hip Thrust, before signing to Nashville’s Plowboy Records in 2014 and releasing the album, Man,Woman, Beast. The album was recorded at Austin’s famed Arlyn Studios (where Ray Charles, Willie Nelson, Stevie Ray Vaughan have taped) and was mastered by Howie Weinberg (Nirvana, the Ramones, The Clash).

“Shotgun Pistol Grip,” recorded on Carley’s vintage one‐string Teisco guitar and one of several live during which Jonny plays drums with his feet and left hand ­‐ while playing an analog synthesizer with his right ‐ has been featured on the hit TV series Shameless. “Dangerous Moves” was used in Oxygen’s Bad Girl’s Club and in the over‐the­‐top trailer for Japanese martial arts film, Why Don’t You Play in Hell? “Attack Attack Attack” was heard on MTV’s Real World: Explosion, Oxygen used “Itch” on Funny Girls, and Oxygen’s Best Ink used “Gonna Live” and “Baby Fang Thang.”